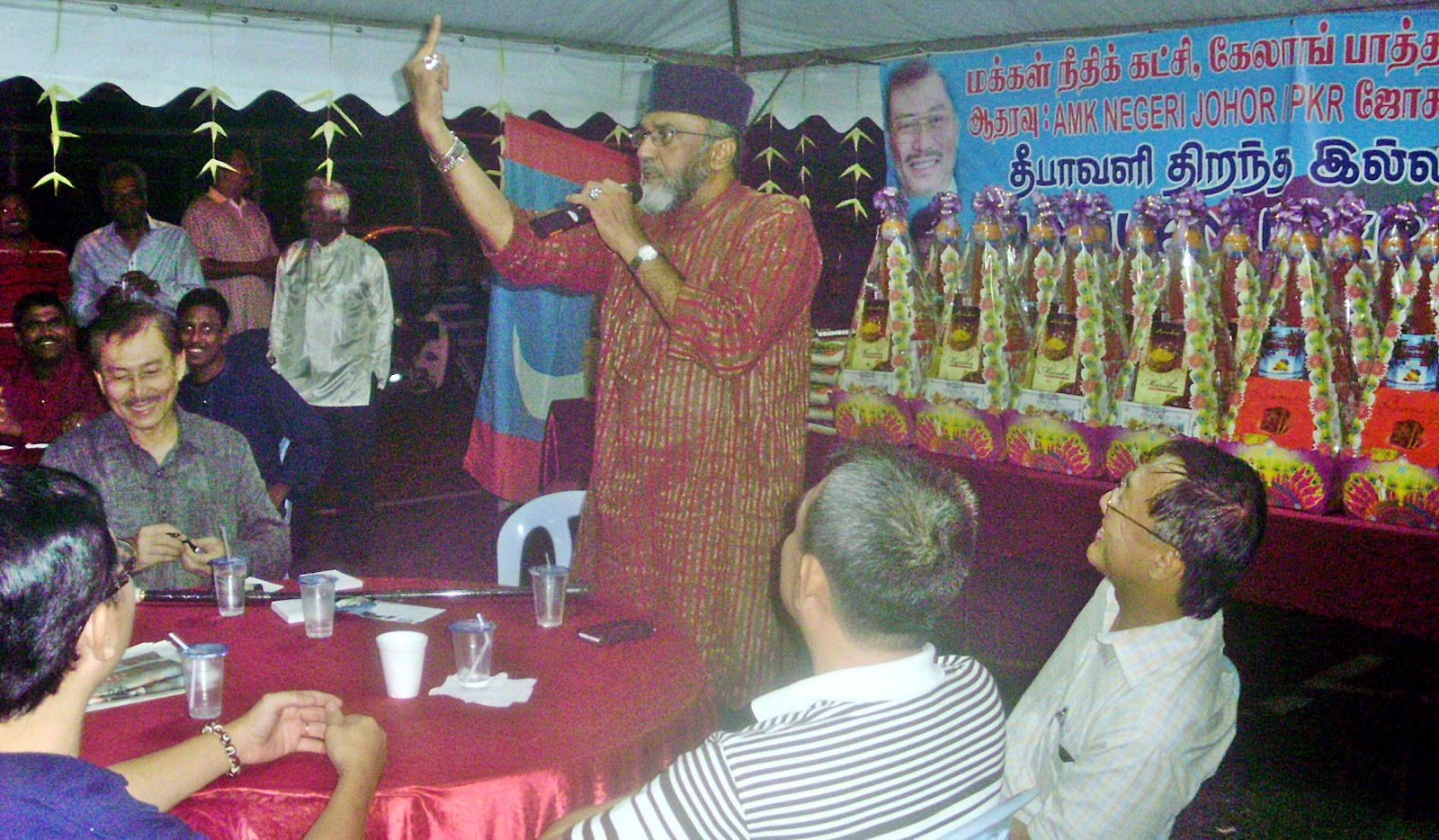 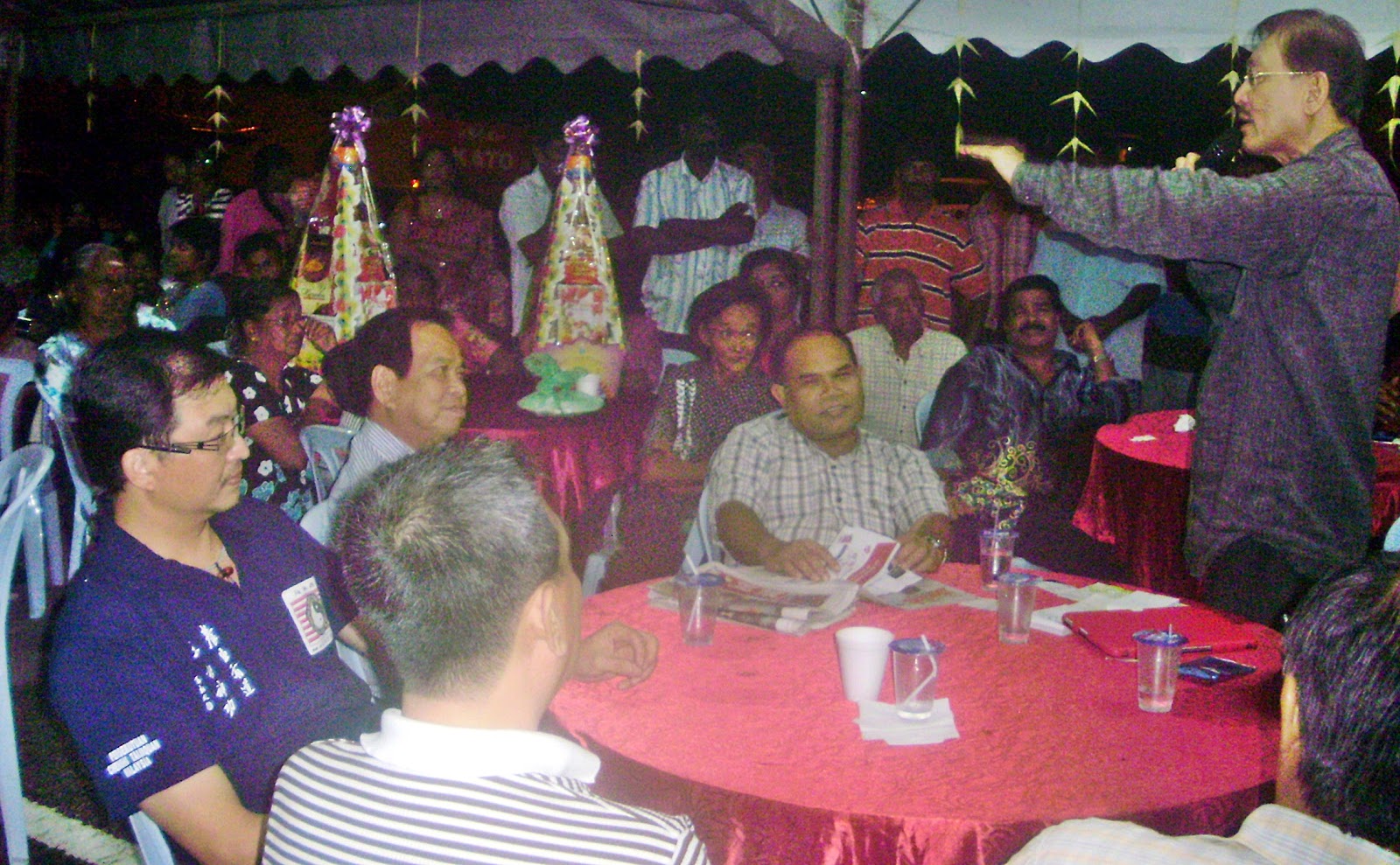 PAKATAN Rakyat (PR) has demanded that all stateless Indians born in Malaysia be granted citizenship and given blue identity cards without any further delay.
This was relayed to the National Registration Department (NRD) by PR leaders and MPs who supported the 12.12.12 1,000-people stateless Indians’ protest in Putrajaya.
The NRD director-general Jariah Mohd Said gave all sorts of excuses for the protracted plight of stateless Indians in Malaysia.
She wanted the stateless to provide documents like birth certificates, marriage certificates and so on.
That’s ridiculous and just technical excuses. Did the foreigners, like Bangladeshis, Pakistanis and Moros (the Philippines’ Mindanao) need such documents to be granted citizenship?
PR de facto leader Anwar Ibrahim has assured stateless Indians in Malaysia that citizenship will be granted without any further delay when the Pakatan government is formed after the 13th General Election.
Malaysian Indians must, therefore, help their stateless brothers and sisters by giving us the needed votes and mandate to govern.
PR’s Buku Jingga (Orange Book) and alternative Budget 2013 contain policies and fiscal measures that are people-centric aimed at benefiting all Malaysians, irrespective of race.
Unlike Barisan Nasional (BN)’s offer of only sweeteners containing one-off cash handouts to buy your votes, we have both short and long-term measures to forward Malaysia’s socio-economic growth. 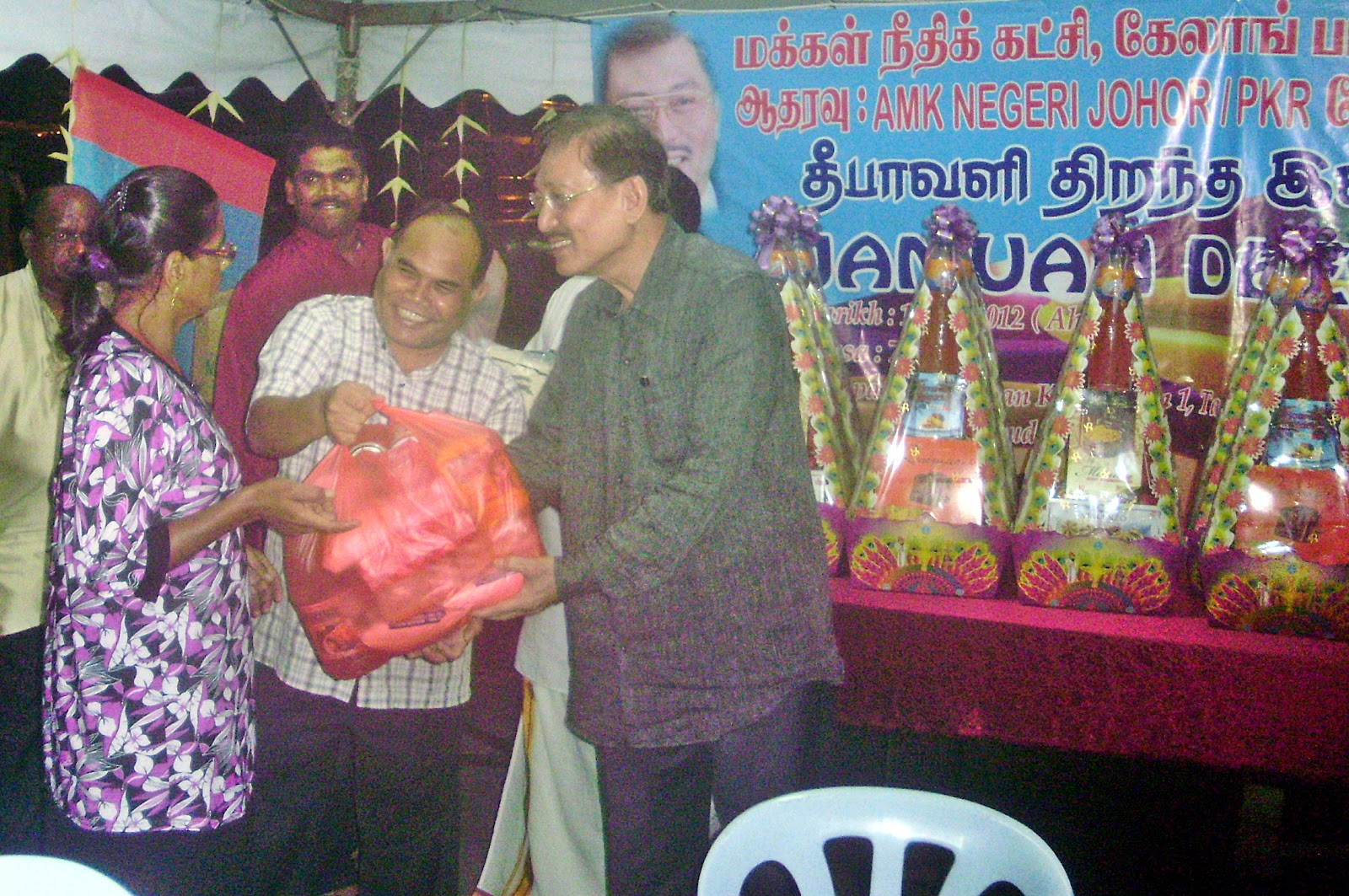 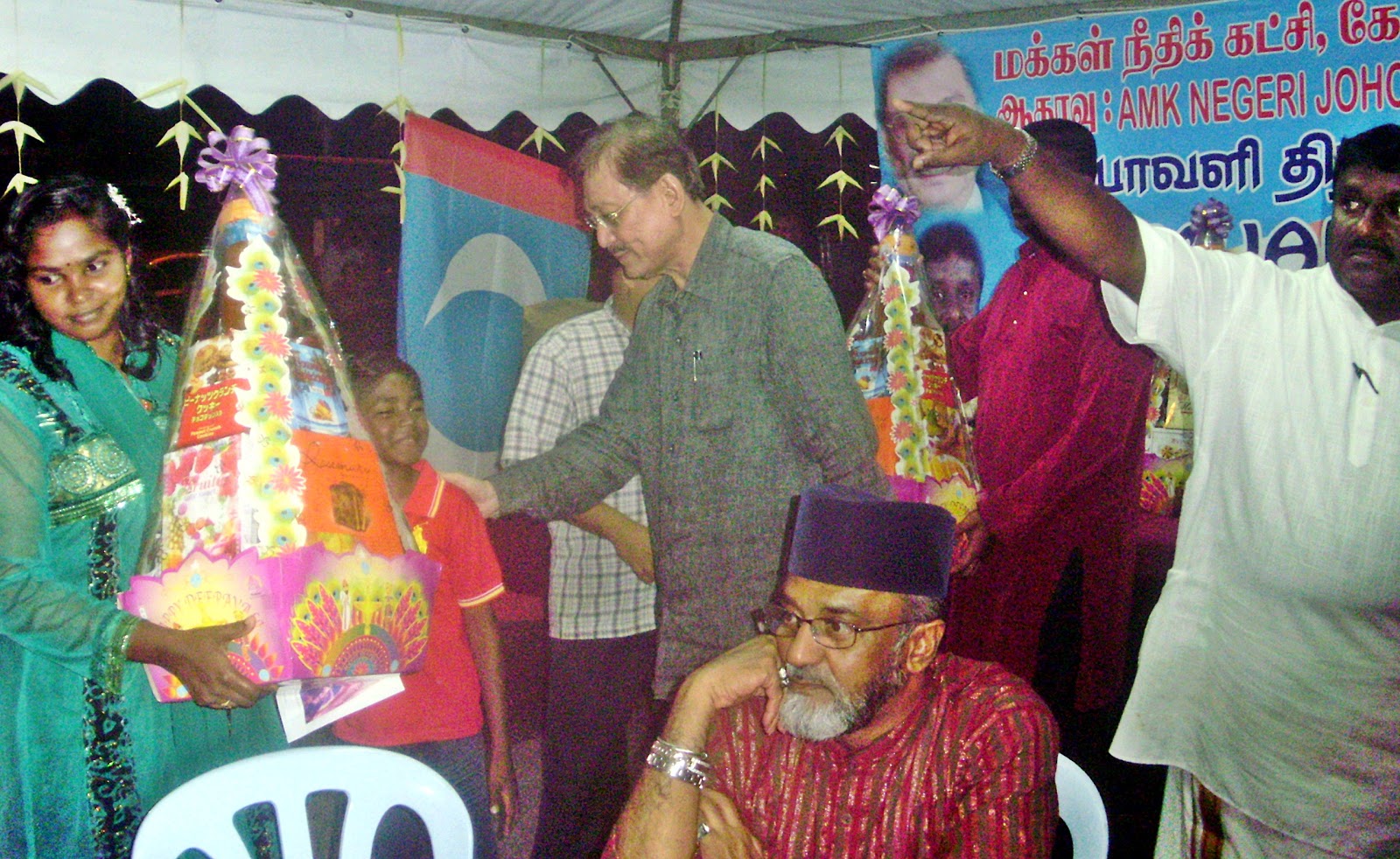 TOP: Chua distributing bags containing sundries and rice to the needy at the Gelang Patah PKR Deepavali Open House. BOTTOM: Chua giving away hampers to senior citizens or their representatives.

Why do you think Anwar has promised that the retail price of oil would be reduced within 24 hours upon the swearing-in of a PR prime minister?
This will help ease the financial burden of all Malaysians, irrespective of race.
A reduction in the price of oil will reduce the cost of transportation of goods and services, and will therefore also reduce the price of essentials and foodstuffs.
A PR government is committed to implement sweeping reforms in the government administration, economy and education. 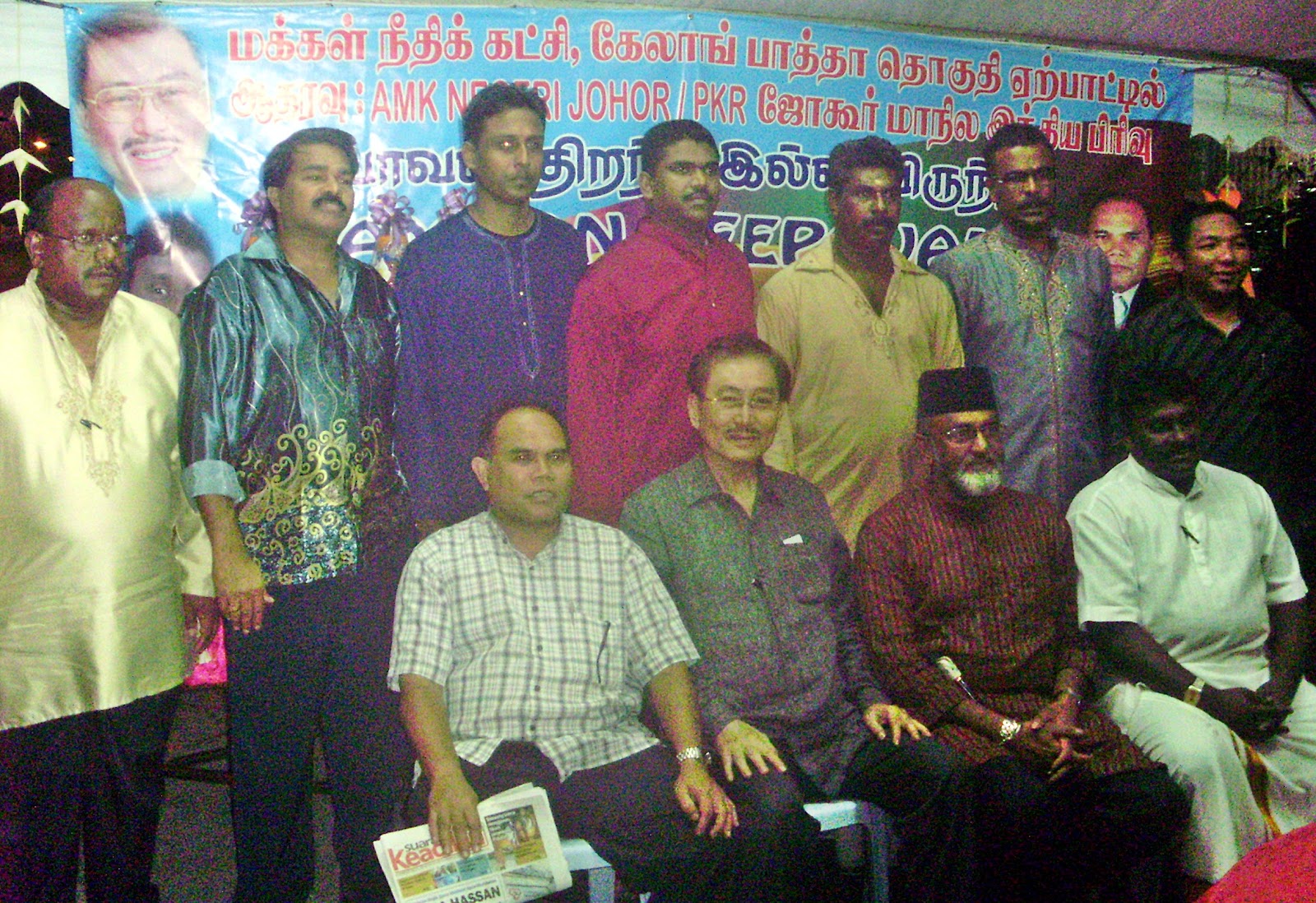 Among the reforms to be realised within 100 days of governance are:
Ø Reforming institutions like the Election Commission, Anti-Corruption Commission, Attorney-General's Chambers and the Royal Malaysian Police to return authority to the government administration system;
Ø Ordering Khazanah Bhd, Employees Provident Fund and all government agencies with highway concessions to facilitate the takeover of highway assets for the abolishment of tolls;
Ø Reshuffling the national subsidy structure to reduce the subsidy to the private sector, such as the RM19 billion gas subsidy, and channel the savings to the people;
Ø Recognising the role and merits of civil servants by reviewing their salary structure starting by raising their allowance to RM500 a month;
Ø Making water the peoples’ right by restoring all private sector water management concessions to the government;
Ø Providing free Wi-Fi internet connectivity to the people in urban and semi-urban areas; and
Ø Increasing the oil royalty for Sabah, Sarawak, Terengganu and Kelantan to 20%, up from the current 5%.
These are really noble efforts to stimulate economic growth for the benefit of all Malaysians, not BN-Umno cronies.
For the Indians, change must surely be the only option after 55 years of suffering under BN-Umno.
Posted by Chua Jui Meng ... Moving, not waiting for change at 01:09